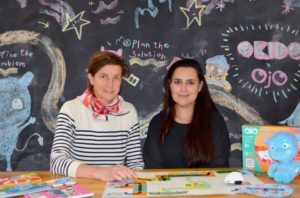 Learn with OjO and OKIDO worked with me to lead the Public Relations for their Kickstarter campaign for the launch of the first coding board game for pre-schoolers.

I advised on the most newsworthy angle to take, the photography and wrote the Press Release. I created media lists and liaised with media. We gained resulting valuable coverage across their target media as well as in the business sector, with additional further editorial pieces planned.

This helped the campaign to quickly reach and exceed its funding target and to build credibility with key media and investors.

Further work is planned as the company grows.

Read a testimonial from the client.

Do NOT follow this link or you will be banned from the site!