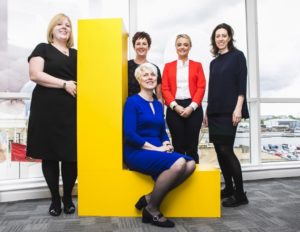 I play a key strategic and operational role as Public Relations Lead for the UK’s Legs Matter Campaign. This includes working with national, trade and regional media.

Selection of media coverage is below:

In the first year’s media coverage there were an extremely high number of valuable links from online PR coverage to the website, 51 in total, of which 13 were in media articles, which will help to continue to drive traffic to the site.

From social media reports, you can see a direct link between media coverage being shared on social media channels and subsequent increased engagement on that channel. This is an example of PR demonstrating its value – helping to ‘drive’ the social media as well as gaining media exposure.

PR has significant value and has helped to establish both the Awareness Week and the coalition as professionally credible, innovative and pioneering, campaigning to change one of the UK’s biggest health challenges.

If the coverage had been paid for, the cost would have run into many thousands of pounds and as an advert, would not have carried the same authority or independence.

In conclusion, the news has been shared with a wide variety of audiences, across diverse geographical areas in print, broadcast and online media, helping to significantly build the brand and reach new audiences. It has also provided an impressive portfolio for possible sponsors and partners.

Based on the success of the project, it is hoped to continue the PR activity.

Do NOT follow this link or you will be banned from the site!